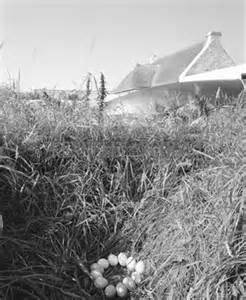 Every culture has its own form of folk magic, both dark and light. Whatever form the magic takes, the goal is the same, normally wishing to cause harm to another. In Ireland these magicks are known as Piseógs (Pish-ogues). The name is commonly used to cover all superstitions, but in reality a Piseóg has much darker connotations. An Irish curse (although sometimes used for protection) designed for maximum impact, cast by a foe, a neighbour with a grudge or even the fairies themselves.
Much folk magic uses an external force, such as summoning a demon to do one’s bidding, or in Jewish folklore, writing an intention on a piece of paper and placing it in the mouth of a Golem who will then carry out the required action.
Piseógs are different. It is thought that the very intention of wanting to cause harm is enough to actually make that wish come to pass. Although often a catalyst (much like the Voodoo Doll) is used, it is not believed to have power itself. It is meant to be seen by the intended victim, to strike fear into the core of their very soul. This is where the power lies – in causing terror.
Many Piseógs reflect the nature of Irish Agricultural life. Curses are placed on farmers, crops and cattle and the catalyst is quite often an egg. So are they true curses, or simply a trick of the mind caused by fear and panic?
Your cows aren’t giving any milk. Is it because a jealous competitor has put a Piseóg on you and used a cursed three legged milking stool in his shed to drain your herd dry?
Your cattle are breeding stillborn and diseased calves. Is it because a neighbour has rubbed a cursed egg on their own stillborn calf, pierced the egg and left it your hay for your cattle to feed from?
Are you having no luck in your new house because an egg was cursed and left on your path by the fairies who did not want you to build there? Did the breaking of this egg release bad energy?
A farmer sees eggs laying in the hay he feeds to his cattle, or left lying in his ploughed potato fields. Immediately he believes he has been cursed, a neighbour has doomed him to fail. So what can he do but try and remove the terror. The farmer destroys the hay or the drills he had ready for planting. As a result the cattle are not fed and die or the crops aren’t sown. The farm is destroyed by the hand of the farmer himself. The curse is a success.
Whether it is whole or part animal carcasses being hung from your gate to curse the land, the mutterings of the malicious cursing you to never have a day’s luck, or a Piseóg placed on your home for ill health or poverty, one thing is for sure. In Irish folk magic words are powerful and the tool to facilitate the message more powerful still. Nothing however, is more potent than the fear and horror they create in the minds of the victims.
The mental anguish of the terrified recipient and the destruction they cause as a result is far more effective than any direct attack could ever be. So whether the curse itself is real, or whether psychological impact is the key, Piseógs work. Keep that in mind if you hear the crack of an eggshell under your foot and stop and ask yourself, who did you upset?