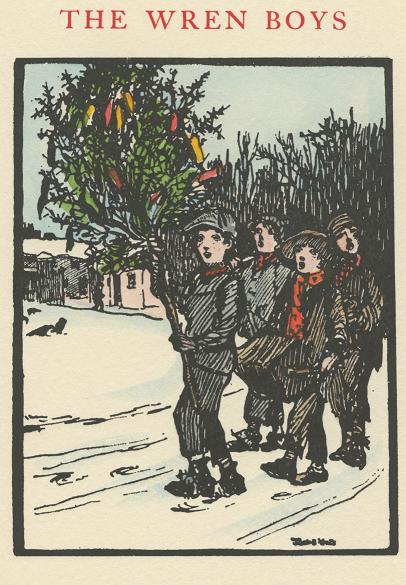 On St. Stephen’s day was caught in the furze.

His body is little but his family is great

So rise up landlady and give us a trate.

And if your trate be of the best

Your soul in heaven can find its rest.

And if your trate be of the small

It won’t plaze the boys at all.

A glass of whiskey and a bottle of beer

So up with the kettle and down with the pan

And give us a penny to bury the wran.

Although there are many variations of the infamous Wren Boys’ song, these particular words are the ones I recall being sang to me by my mother at Christmas time. The history of the Wren Boys and Wren’s Day is a long and complex one with a myriad of potential meanings and beginnings. It must be said however, that the tradition itself is very much a stalwart of the Irish Christmas and one that is still very much a part of St. Stephen’s Day celebrations today.

What are Wren Boys and Wren’s Day? 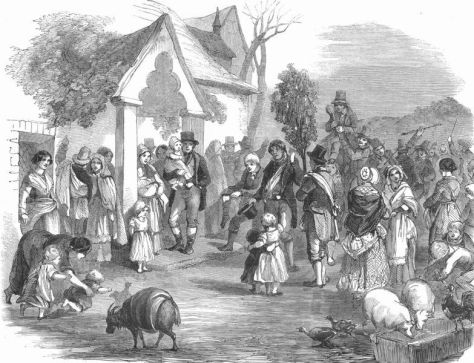 Wren’s Day or Lá an Dreoilín can be dated back in one form or another to the second century and probably started in connection with Samhain as opposed to Christmas. Usually found in rural areas, this tradition and celebration centres around the wren, an iconic bird in Irish Mythology and Pagan and Christian religions.  On St. Stephen’s day, boys use to dress up in brightly coloured clothes and were known as the Wren Boys.  Others would dress in suits made from straw and be known as ‘Mummers‘.

Until the early 20th century, a real wren would be hunted and placed in a makeshift cage at the top of a pole that would be carried by the Wren leader. The challenge in the hunt of course is that the wren is scarce in winter! The Wren Boys and the Mummers would march through small townlands and villages, demanding money to keep the bird alive. At the end of the day the money would be used to throw a celebratory gathering for the townsfolk.  The boys would be joined by musicians and would hand out feathers to those who donated for good luck.

The pole would take centre stage at the celebrations, being bedecked in ribbons, evergreens and flowers and the locals would dance around it. As times began to change, the real wren was replaced with a fake bird, that would be hidden for the Wren Boys and Mummers to find as opposed to hunting the wren.

So why the Wren? 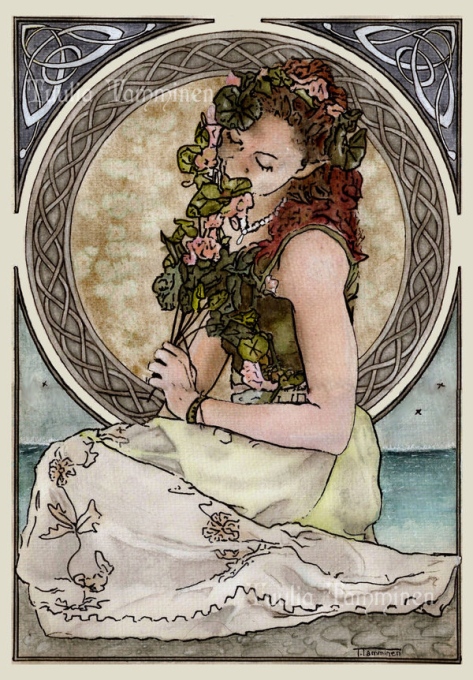 Clíodhna was a Celtic goddess of feasting and hunting, with her home in Munster and was believed to be the original Banshee. Whilst Clíodhna had a regal reputation and was worshipped, she also had a sinister side.  She would lure men through her beauty and powers of seduction and they would drown off the coast of Cork, where she resided.  Finally, one man discovered her secrets of magic and power and devised a way to destroy her.  Realising this Clíodhna transfigured into a wren and made her escape back to the Other Realm. 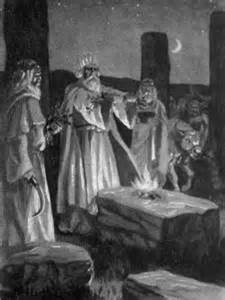 For centuries those who practise Paganism have revered the wren and viewed it as a symbol of divinity and wisdom. The wren was considered so precious by the Druids, that curses were cast upon those who sought to steal eggs or hatchlings, leaving homes destroyed and bodies mutilated.  The wren would also be used in the Pagan practice of Divination, each chirp and sound deemed a message for the Druid High Priests.  Indeed, the Irish word for wren, Dreoilín, translates as ‘Druid Bird and as Samhain approached, the wren was a symbol of the old year and the robin a celebration of the new. 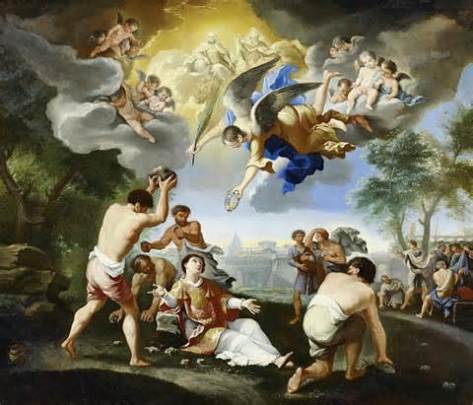 Although Saint Stephen was not Irish, he became a patron saint and the subject of an Irish National Holiday. One of the original deacons selected by the Apostles, Saint Stephen was outspoken with his teachings and distaste for the hypocrisy of the Jewish Authorities.  A warrant was issued for his arrest and while in hiding it is said that a wren gave away his location by chattering and flapping its wings.  Stephen was captured and stoned to death, making him the first official martyr of Christianity.

It was these events that enabled the Christian Clerics in Ireland in the Dark Ages to convince people to turn against Paganism, citing the wren as a symbol of evil.

The Wren of Treason

There are two events in Irish history where the wren is said to have caused the demise of Irish forces. Once during the Viking invasion, Irish soldiers had an opportunity to stage an attack as the enemy slept. A single wren landed on the drum of a soldier and began pecking at crumbs, creating a cacophony that awoke the Vikings and led to the slaughter of the home forces.  The very same turn of events occurred centuries later during a planned ambush on Cromwellian troops. 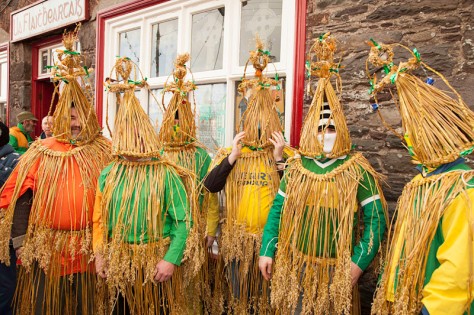 As with most Irish Folklore and Tradition, the origins are an entwining of Christianity, Paganism and Celtic Mythology, so the definitive meaning of the wren and Wren’s Day will never be truly known. The practice continues however in small towns and particularly parts of Sligo, Leitrim and Kerry, with Dingle having an extraordinary display of costume and colour every St. Stephen’s Day and in prior years would put on a display of early combat.

The Wrens and Mummers now consist of men, women and children and the focus is very much on traditional music, with the Wrens travelling between pubs and collecting money for charity and performing in retirement homes and hospitals.

So whatever the reasoning behind the tradition of the Wren Boy, it is one that remains in Irish culture and the Wren itself is forever associated with Irish religion, folklore, myth and tradition. 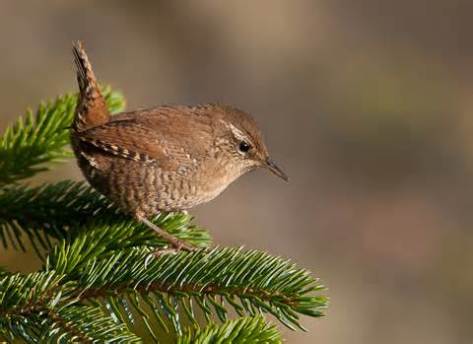 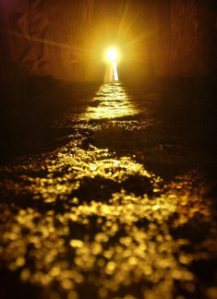 Newgrange is a historical monument that stands within the Boyne Valley in County Meath and is over 5000 years old. Older than Stonehenge and the Great Pyramids of Giza, it is classified as a Passage Tomb but is better described as an Ancient Temple. A construction of astrological, spiritual, religious and ceremonial importance, Newgrange remains as one of the world’s most significant heritage sites.
The main structure is formed in a mound over one acre and has a retaining wall of some 97 kerbstones, richly decorated in Megalithic art. It is part of a series of structures built along a meandering part of the River Boyne known as the Neolithic Brú na Bóinne complex.
During medieval times, Newgrange and the surrounding constructions were introduced into folklore as many believed that the ancient Kings of Tara were interred here, whilst others thought it as the home of the mythical God like…